During the Milan Design Week, Jannelli&Volpi launches the format JV OPEN with projects, brands, designers and events hosted inside the new venues in Milan: JVstudio and JVstore.

JV OPEN at JVstore opens up to the city with the new 'garden' in the space in front of the shop windows. A project signed by Clara Bona - like the interior design of the JVstore - for a new and pleasant 'open air' immersion in the world of wallcovering.

An area with a long birch plywood table made by Totem, a partner company of the project, bordered by an explosion of plants and flowers that make the space private, curated by the 'green' art of Rosalba Piccinni of POTAFIORI.

The seats, covered with wallcovering, are part of the new JV edition collection, like the placemats made by Essent’ial using Jannelli&Volpi wallpapers.

JVstore also hosts the new accessories of CENTO3, the writing set of the latest project by Achille Castiglioni with Gianfranco Cavaglià, produced by the strat-up EGO.M.

A series of hats made of wallpaper by Il teatro della Moda in Milano, a tribute to artisanal tailoring, will then be exhibited and given as a gift.

Attention, please! The access to the places indicated in the map is managed and regulated by each individual brand by the existing rules.
Brera Design District and Studiolabo are thus not responsible for the management of people flow and access to any of those places. 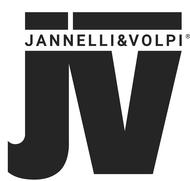